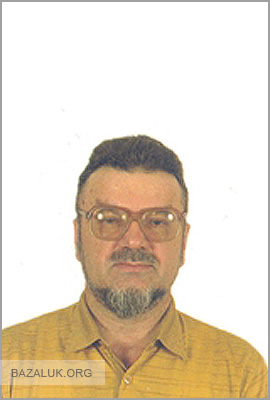 Zlokazov Viktor Borisovich − Doctor of Physics and Mathematics, Senior Researcher of Laboratory of neutronics named after I.V.Frank (part of Joined Institute of Nuclear Researches (JINR) at Dubna, Member of New York Academy of Sciences (1995 г. № 45071), Member of International Society of Philosophy and Cosmology (ISPC), Member of Editorial Board of Scientific-Philosophical Journal “Philosophy and Cosmology”.
zlokazov@jinr.ru

Main direction of philosophic interests: scientific and mathematic positivism (including philosophy of cybernetic mentality). Why cybernetics? Philosophy (science, arts, sport and religion of wise thinking) is a very attractable subject for every scientist who wants to take a look on the science and trying to find one’s place at mentioned science standing on “higher” point of view. There is a very wise idea of Seneca who said that intellect and society transformed weak (even exiguous) being into the Master of the Universe. At the same moment the cybernetics puts an emphasis on these tools (intellect and society, organization). The cybernetics doesn’t believe atoms, but it believes in systems; one doesn’t believe in the game of accidence, but it believes in plan and design. Mentioned belief is an infinite source of optimism for any living being saying: "If you are not "the most fitted" and you can’t fit to conditions, everything is not lost; you have a variant: fit conditions to you". The cosmological pathos of this mental set is delivered by belief that bangs (big, middle and small ones) and other tools of demolition have no independent role. All the tools (destined for the Nature transformation using one’s own forces) at the hands of talented Manager (helmsman or “kybernetes” at Greek) are the tools for realization of the most brave and ambiguous projects of the Universe development . The Molier’s personage was wrong saying that nature is arranged teleological because of one’s own feature to be teleological; any forms of self-organization, any types of "sure thing" idea is good for tales (folklore, propaganda etc.), which work "with a wave of a wand" way (according to someone’s will), but the science think that Creationism is result of Creative Mega-Efforts of Mega-Talented Person.