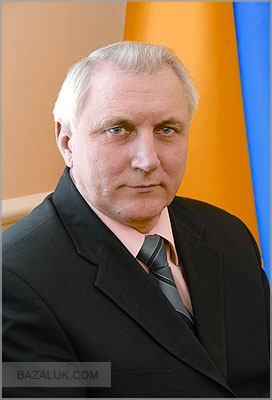 Bech Vladimir Pavlovich (January 14, 1951 Maryanovka village, Mikhaylovsky region of the Zaporozhye area) – the Doctor of Philosophy, professor, scientist-philosopher, researcher of neosociogeneziz, self-organization and self-control of social systems, vacuum, or quantum-wave, of Universe nature. Author more than 300 scientific works on questions of self-organization and self-control of public life, optimization of development of political institutes, developments of the Ukrainian statehood, modern problems of a development of education. Editor-in-chief of the magazine of scientific works "New Paradigm", chief editor of the scientific and literary magazine "Pamyat Vekov", associate editor of professional scientific editions of Higher Attestation Commission of Ukraine: "Practical philosophy", "Social psychology", "The culturological messenger of Nizhny Pridneprovya", "Social technologies", "Social work in Ukraine", etc. First vice rector of National pedagogical university of a name of M.P.Dragomanov (Ukraine). The first vice-president of the Ukrainian Academy of political sciences (since May, 2012).

In 1991 he founded school of sciences at which organically he connected the organizmichesky direction in science and the noosphere concept. He theoretically mastered logic of the previous stages of development of the directions of the world science, which has evolved on basis of in-depth studying of a protein-nucleic forms of life, found a way of integration them in algorithm of research of information (semantic) or field form of life. This it considerably strengthened V.I.Vernadsky's doctrine about a noosphere and put theoretical and methodological foundations of studying of genesis, essence and the maintenance of information civilization which is is rapidly temporarily from the Future.

The V.P.Bekh proved a functional paradigm of existence of social structures, algorithm of self-expansion of information civilization, semantic (information) structure of the identity of the person, a social organism of the country, specific social organisms (anthropogenous and politological), systems of self-control of a social organism of the country, formalization of a phenomenon organizational consciousnesses, a social organism of firm, variation model of system of the public relations, algorithms of design of social systems of different function, and also development of system of executive authorities and local government, to creation of modern technologies of the system analysis and design of control systems.